Here’s your answer
In T20Is, Ishan Kishan has never faced any balls by Ish Sodhi, while Ish Sodhi has not been able to dismiss Ishan Kishan. Further, Ishan Kishan has scored 113 runs from 5 innings at an average of 28.25. Meanwhile, Ish Sodhi owns 83 wickets in 66 matches, including a best match haul of 4/28 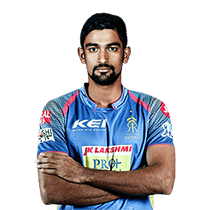